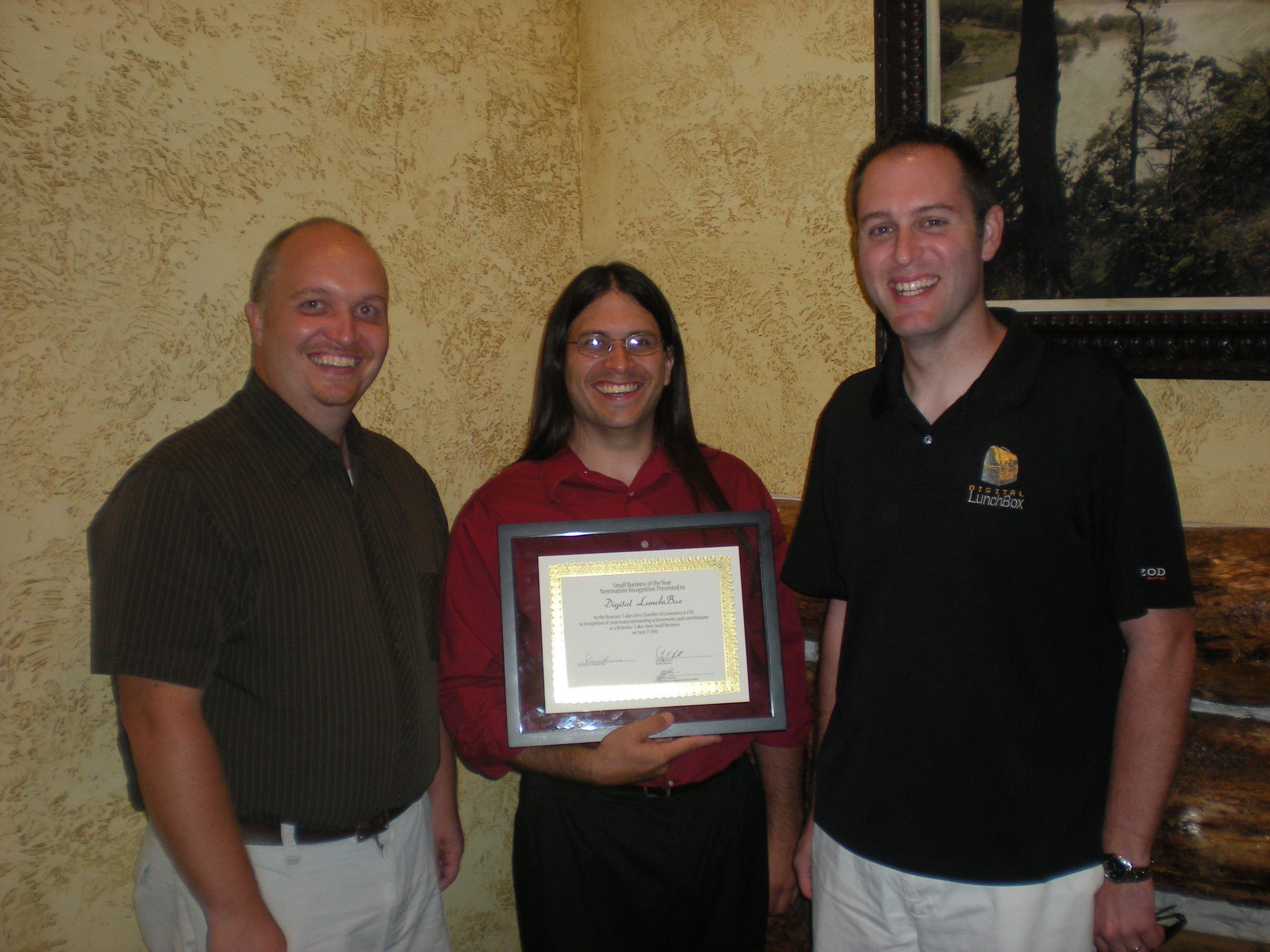 Today we’re wishing ourselves a big fat Happy Birthday (and a big fat THANK YOU to our loyal clients) as we begin our fourth year of serving Branson/Springfield, Southwest Missouri and the greater Midwest.

Digital LunchBox incorporated on March 24, 2008 after Josh Williams, Jesse Christoffersen and Jason Spencer combined their media-making expertise, 700 bucks and a crazy idea: to use creativity and digital media to help companies “unleash their awesomeness.”  In these few years of business, we’ve seen huge leaps in technology that have forever changed the media landscape such as the advent of Social Media as a marketing platform, fueled by the mobile Internet.  There are more ways than ever to deliver your message through video to potential customers.  We’re excited to be a part of this quantum shift.

Thanks Branson, Springfield and Southwest Missouri for three great years!  Looking forward to unleashing a whole lot more awesomeness together.