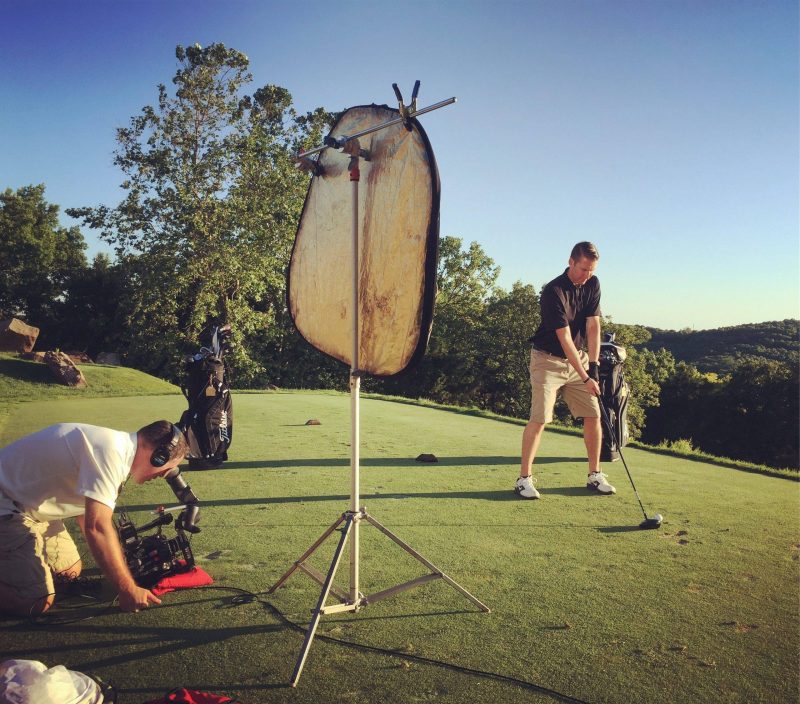 If you're not thinking about next summer's advertising campaign, better think again! Jason's back with practical tips for how late in the year you can capture those "summer-like" visuals for your video ads.

Summer! If the advertising for your product or service relies on outdoor visuals, now is the time to gather that footage. Don’t wait until November to make that decision. You need to do it now. A talented producer can create good videos anytime of the year. While there isn’t really a “video season“ per SE, if your product relies on outdoor visuals, you need to realize this hard, cold reality: Summer doesn’t last forever.

One of the more common things I see as a video producer are clients that come to me at the wrong time of year for the visuals they need. If you live in the continental U.S. – I mean, anywhere but Miami or Phoenix – and your product pitch is best made on the perfect summer “Chamber of Commerce” day, you better get your ducks in a row and shoot that material before the seasons change.

”Sometimes you get lucky and that change doesn’t happen until early October... But frankly I wouldn’t push it.

Because of Branson, Missouri’s location in North America, Summer-like visuals can be captured until late September or Early October depending on rainfall, temperature and other factors.

For starters, shooting days become shorter the later you wait. And while a talented production crew can extend daylight a bit at the beginning and end of the day with creative lighting techniques, you’re not going to magically squeeze an extra five hours of daylight out of a fall or winter evening.

Second, there’s the question of foliage. Our video production company is located in the Missouri Ozarks, just north of Branson, Missouri in proximity to Springfield, Missouri. If you are in northern Arkansas, southern Missouri, eastern Oklahoma or Kansas that’s our home region. Around here, you’re really gonna want to start shooting well before mid-September. That’s the earliest that we see leaves changing around here. Sometimes you get lucky and that change doesn’t happen until early October. If you live farther south you have more time. Farther north and you’ll have much less. But frankly I wouldn’t push it. There are a lot of variables that affect how late those leaves change including rainfall, average daily temperatures… and trust me when I say, I’m no meteorologist. I’m just saying you need to get out there and get those visuals in the can before you lose that golden opportunity for Summer-like grass and trees. Believe me, you’ve got all winter to edit that commercial.

Digital Lunchbox’s crew captures a series of interviews for the City of Hollister, Missouri near Branson.

”Keep in mind... if you’re looking for Fall foliage in your visuals that’s a very finite window.

Now you might say: “Jason, I don’t really care about green leaves and green trees – we’re not a golf course!“ and I say to you “GREAT!” You can shoot almost any time of year but keep in mind if you’re looking for fall foliage in your visuals that’s a very finite window. Sometimes you’re lucky to get a full week of red-orange leaves, and there’s no guarantee that colors will be brilliant even if you hit the peak. Here are some great resources you can use to plan dates for Fall video shoots across North America. They’re not foolproof, but they can help.

Then again, it’s a good idea to have a production company on hand that can do that leg work for you – like our team here at Digital Lunchbox in Springfield and Branson, Missouri.  The resort video featured below was captured in mid-August by our team, which helped the client create an amazing video well in advance of the following year’s marketing push.

This video for the Share It Forward program was captured just as leaves were about to change in two different locations – yet, much of the video still has a neutral “Summer look” by scheduling those locations wisely.  We arranged a mid-September shoot in Branson, Missouri followed by a late September shoot in Pigeon Forge, TN which just missed the peak Autumn leaves by days.  (The opening shot featuring the nonprofit’s leadership was a last-minute addition requested by the client, captured later in the Fall as leaves were already brown.)

”If your product relies on outdoor visuals you need to realize this hard, cold reality: Summer doesn’t last forever.

Making Holiday Video Ads in Branson, Missouri: A Visual Breakdown of Our Process