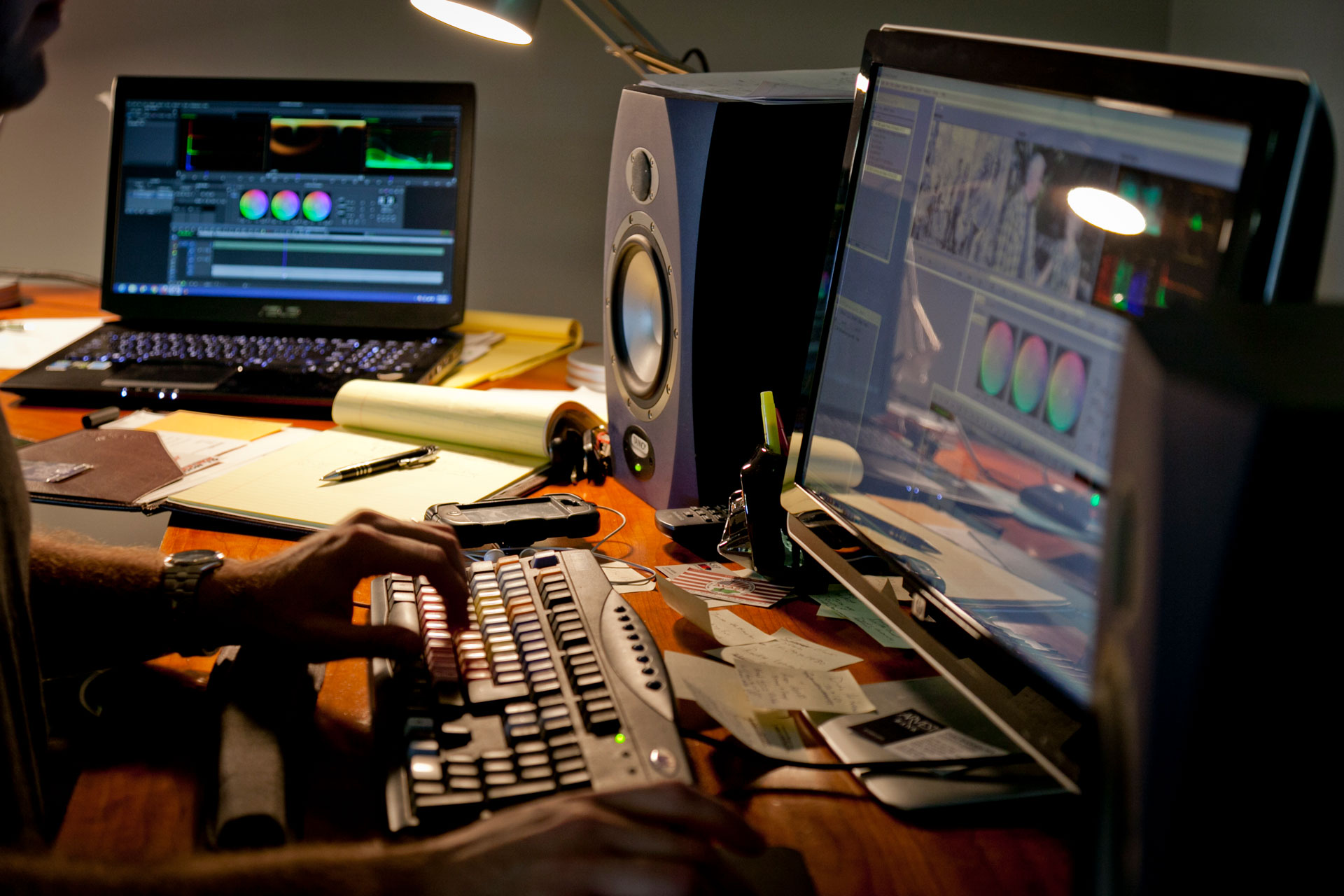 Home >> Tips, Tricks and Insights for Better Sales and Marketing Videos >> Before the Cameras Roll: What Is Preproduction?

”To the novice, one might think that the beginning of a video production is the shoot. However, there is much more going on behind the scenes.

To the novice, one might think that the beginning of a video production is the shoot.  However, whether the shoot commences in a studio, on an exotic location or at a client’s facility, there is much more going on behind the scenes in the lead-up to any video shoot. The weeks/days/hours of preparation that takes place before a video shoot is typically referred to as Preproduction – and there is more to it than just packing camera equipment.  The success of your next video depends on it!

Before I dive head-long into the most typical preproduction activities, here are two house cleaning items. First, many of the things I’m going to mention here should be noted within the working agreement you have with the video production company in order to keep all parties accountable. Second, your level of involvement in the video production process can, and likely will, directly affect the PRICE you will pay for video production services.  So just know, if you’re one of those “make me something pretty while I go sip a latte” sort of leaders (not implying that’s YOU), there is certainly a video production company out there for you that will handle every minute detail and even roll in a comfy chair to sit during the shoot.  But be aware — it’s going to offload tasks to your video producer, which consumes more of their time, which usually involves more MONEY.  I thought that might grab your attention.

So let’s get going!  Before a script or a shoot – you’re going to begin with your project goals. What do you want to achieve with this video?  Your goals need to be specific and realistic. You (the client) must answer this question.  A video production company cannot create an effective video that hits the target — if there are 10 targets and 7 of the 10 are in the totally opposite direction of where we’re aiming.

Once you’ve established specific, realistic goals, you or your team can move forward with developing a concept for your video.  Some might refer to this as the ideation phase. And that process can originate in several different places depending on who you’ve brought in to the project. Maybe an advertising agency, or your internal marketing team… However, if you’re comfortable working directly with a video production company that has a proven track record developing great concepts, it could be more cost-effective and advantageous to bring the video production company into the discussion early on. And unlike traditional ad agencies, many of the video producers I know don’t work on retainers – but they WILL charge a fee of some sort for creative development services.  But every company will be different.

The primary channel or medium the video will be seen should be an important consideration in the concept. For example, let’s say your video’s distribution channel will be Instagram – which is overwhelmingly browsed on mobile platforms and aimed squarely at consumers. You may want the production company to deliver either a 1:1 square aspect or a 9:16 “portrait” aspect (sometimes referred to as vertical video) video depending on what audience segment you’re after. That’s definitely a major detail you need to discuss with the video production company in pre-production because it’s going to impact the way every shot in that video is captured.

Once the concept for that video is firmly established, we move into the traditional “three phases of video production” that most television and film schools have taught for decades. Those are pre-production, production and postproduction. And mind you, in the digital era the lines between these three phases blur considerably.

Pre-production typically describes the phase immediately following the establishment of the concept. Sometimes script writing happens during this phase. Typically, the pre-production phase is devoted to the planning of the production shoot. Your video producer will have assembled a team which will carry out the pre-shoot tasks such as production design, casting, scheduling, and overall production management.

There’s no “one-size-fits-all” approach to planning a video, especially when it comes to documentary style corporate and organizational videos.  At times, it’s just quicker and cheaper for a client’s staffer to tag team pre production duties with the hired producer, who can walk them through the checklist of things to be done.  Every project is different, and it’s important for the video producer to be a flexible team player so that the client is best served.

Before the shoot, your video producer will likely want to perform an on-site visit to scout shooting locations as well as discuss where and how the crew will bring equipment into the facility, safety and insurance requirements, even when and how long the crew will get a lunch break. Anything to streamline the day and keep the crew working as efficiently as possible.

Production is the phase that is typically thought as the beginning; camera, lights and location.  Ah, how glamorous.  But you can see there is much that goes on before cameras roll.  Oftentimes the most noticeable difference between a bad video and a great video comes down to planning and expectations, and a good video producer should navigate you – the client – through that process to make it easier and more manageable for everyone.

Begin your video production journey with us!

Making Holiday Video Ads in Branson, Missouri: A Visual Breakdown of Our Process