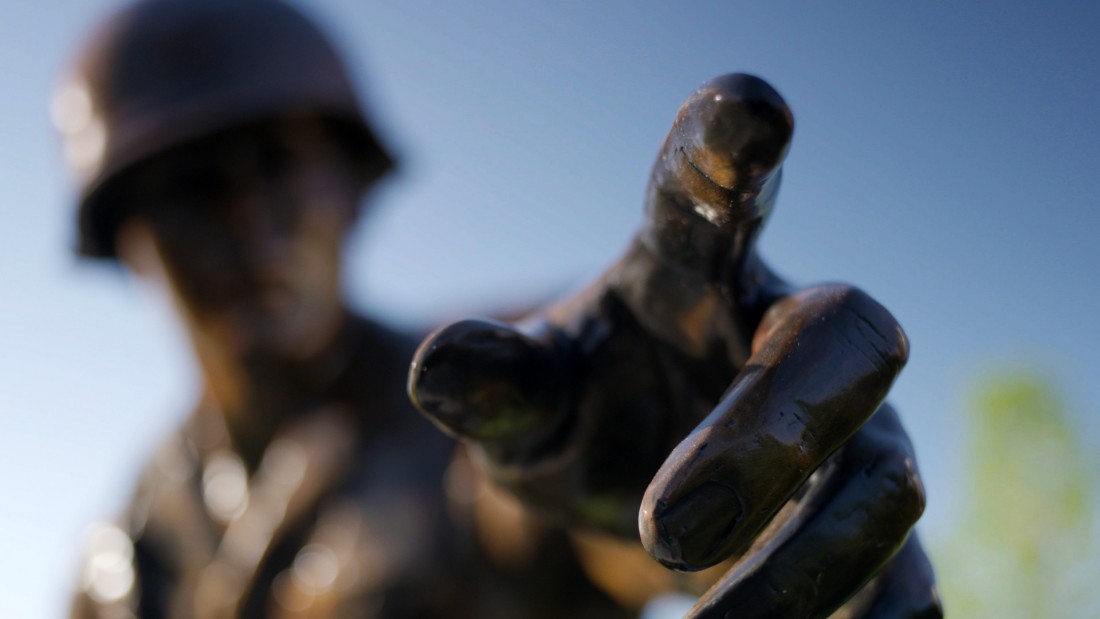 Telling The Story Worth Telling: “Legacy of Heroes” In 4K With Sony’s PXW-FS7

Home >> Tips, Tricks and Insights for Better Sales and Marketing Videos >> Telling The Story Worth Telling: “Legacy of Heroes” In 4K With Sony’s PXW-FS7

Sometimes a story worth telling simply must be told.

If you follow us on social media, you may have noticed a little film we released last week titled Legacy of Heroes: Missouri’s Vietnam Veterans Memorial.  Up front I’d like to make it perfectly clear that we were not paid to create this film.  Sometimes a story worth telling simply must be told. 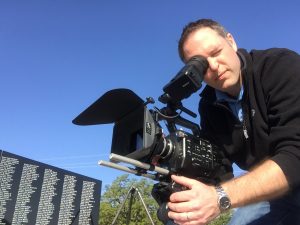 Jason with our Sony PXW-FS7 shooting the wall at Missouri’s Vietnam Veterans Memorial.

In my post How to Almost Die… and Become Better Because of It, I shared how doing a personal “passion project” every once in a while has impacted our paying jobs in a positive way.  We’ve been so busy lately here at Digital LunchBox that it’s been difficult to find time for another side project.  But recently we added Sony’s new PXW-FS7 camera to our inventory – the hot new 4k machine that’s burning up the camera blogs right now.  I’ll admit the road to Ultra HD awesomeness hasn’t been without it’s pot-holes, but this camera is changing the way I shoot for the better, much like Canon’s 5D Mark II did. We used all the party tricks that make this camera a great tool – 4K UHD, 10-bit XAVC, S-Log 3 gamut, slow motion capture and the E-mount’s ability to adapt to just about any prime lens. 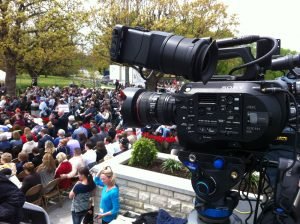 Capturing the memorial dedication with our “fresh out of the box” Sony PXW-FS7.

But hey, this isn’t one of those ordinary camera blogs… it’s a creative blog!  So enough with the techno-babble.  Wanna peep pixels and talk F-stops?  Not gonna find that here.  Yes, in part, this film is a photography sample of one of the industry’s hottest new 4K cameras, the Sony PXW-FS7.   However, cameras don’t tell stories, nor do they live them.  People experience events, capture stories worth telling and faithfully bring them to life.

How This Project Started

It all began with the Veterans related productions we work on here in Branson, MO.  I’ve had the opportunity to talk with veterans over the past several years, and in the case of our Vietnam Veterans, there was no warm homecoming to be had when they returned home.  My generation (those of us who grew up in the late 70s and 80s) know shockingly little about the Vietnam War, outside of Hollywood’s stereotypes.  And to make matters worse, no one really wanted to deal with it.  Parents, teachers and school textbooks approached the Vietnam War in broad generalities, and sometimes even silence.  Just move along.  Nothing to see here.

These vets deserved better than that.  Thankfully things are changing. 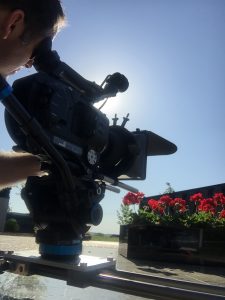 A little slider action with the PXW-FS7. The red flowers (representing the blood shed in war) are planted in a “V” shape which stands for Valor.

This spring, the College of the Ozarks (my alma-mater, in full disclosure) with private financial support dedicated Missouri’s first officially-sanctioned Vietnam Veterans Memorial.  On a pair of granite walls are the names of every Missouri resident who died in that conflict as well as a bronze statue of three Vietnam era soldiers in combat poses.  At the foot of the statue is a stone map of the state of Missouri, a flower-filled “V” (for valor), and the phrase “All Gave Some, Some Gave All.”  There is a story in those symbols, and I decided that it was time for another passion project.  But until the day of the memorial’s dedication, I wasn’t sure how I would bring all those ideas together.

Enter Lt. Col. Oliver North, a Vietnam veteran himself and the keynote speaker at the the dedication, who provided the last piece of my storytelling puzzle.  His words encapsulate what every war memorial attempts to do – transcend time.  Whether 5 years or 500 years from now, a war memorial seeks to shake us from our complacent slumber and begs us to remember fallen heroes that have paid in blood to defend the freedoms we take for granted.  We, the living who are the witnesses of the memorial, are the legacy of freedom for those heroes who have fallen. Without guys like them, our lives would have played out differently and it is our responsibility to never forget them.

If you haven’t seen it yet, take 104 seconds out of your busy day to watch it.  I promise it’s not a downer.  In fact, it might just give you a new appreciation for Vietnam Veterans, the ones who are gone as well as the ones who are still among us.

(And if your PC is fast enough, watch it in 4K!  Click the little gear icon at the bottom of the YouTube window.)