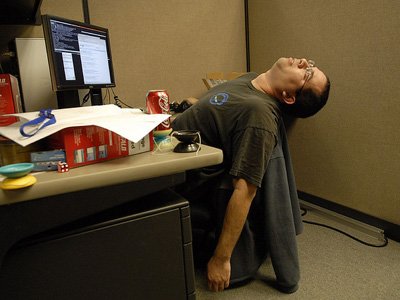 With Brand Videos, Brevity IS the Art Form

Home >> Tips, Tricks and Insights for Better Sales and Marketing Videos >> With Brand Videos, Brevity IS the Art Form

I began my career in video production in the late 90s, working at a small market TV station as a cameraman and video editor.  This station produced “sales tapes” or industrial videos as they were sometimes called.  One of my producers often handed me scripts to edit, chock full of lengthy interviews that were all expected to make the final cut. One such project was a recruiting video for a small rural hospital.  The final cut was nearly 14 minutes long.  Really?  Do busy physicians have time to watch this?

Today, I’m a director/cameraman at Digital LunchBox, a video production company that creates commercials, explainer videos and sizzle reels.  I still love the challenge and my creative team and I are having a blast leveraging new technologies.  But here in 2015, I continue to see videos that are plagued by an old problem. 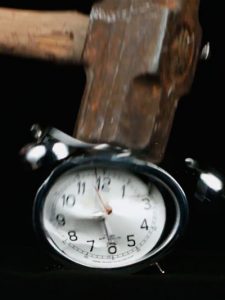 It’s time to cut the fat in your videos.

Some videos are just too darn long.

There are reasons why your last video might have been too long.  Perhaps your lack of focus created a message that wasn’t concise enough.  Perhaps poor editing or music choices slowed down the pace of your video.  Perhaps your video’s producer felt he/she needed to wax their inner filmmaker.  (“Let’s use that 30 second flying crane shot with dozens of actors in scrubs. Every second of it.  Could we win an award?!” – yes this sort of thing really happens.)

If you want to keep your audience engaged and actually have a shot at conveying your message, here are three tips to make more impactful videos.  This write-up assumes that you’ve established the correct target audience for your video, and you did that well before you shot a single frame of video.  As soon as possible you must…

Get the audience’s attention

Most videos today are watched online, and often via smart phones.  This means your audience will skip your video content in a 4G millisecond if they become bored.  HOOK THEM.  Use a humorous situation, surprising imagery or punchy music.  And do it in the first 5-10 seconds.

Just like hooking the audience, you have to keep them, so tap an emotional connection ASAP and if you can, do it within the initial hook.  If you’re making videos for humans, then every project has a potential emotional connection, no exceptions.  When you establish an emotional connection, you’re plugging into the viewer’s heart and mind – conveying the big “why” of your product in more than words alone can say.  At this point, the viewer may stick with a longer video.  This enables you the staying power to…

Get your main idea across (the concept)

Notice, I didn’t say main ideas (plural), I said main idea (singular).  It’s okay to use a few well-reasoned details to support your main idea, but use those details only to hammer home your main idea.  Like a junkyard dog, keep that main idea in your teeth and don’t let go.  A house divided against itself cannot stand, and a video that is divided into 5 “main ideas” will go nowhere in a hurry.

What IS the right length of a brand video? Are your company’s videos putting people to sleep? Photo Credit – By star5112 on Flickr

Some pros think 3 minutes or more is perfectly acceptable while others think :60 or LESS – any longer and the audience has “had it.”  I really can’t disagree with either of those views, as it really depends on the subject matter.  Personally, I don’t believe there is a hard, fast rule on video length.  It’s all dependent on whether or not you’ve achieved your brand’s objective (why you made the video in the first place) and did it in a manner that keeps your audience awake, engaged and craving more when the video is over.  My point is that in general, many brand videos are too long, and few brand videos are too short.  Brevity IS the art form, my friends.

I’m glad I don’t make 14 minute sales videos anymore.  You shouldn’t be making them either.  Good luck on your next video!   Got a long sales video horror story?  Don’t hesitate to contact me with questions via Twitter or LinkedIn.

P.S. – I apologize in advance to the unnamed producer I used to work with at that unnamed local TV station.  Names have been omitted to protect the innocent!